Shortwave is an independent email client developed by former Google employees to replace Google Inbox. The application offers a modernized interface and many features.

Two years after the shutdown of Google Inbox, a new replacement arrives… Former employees of the Mountain View firm were inspired by Google Inbox and developed a new independent email client named Shortwave.

Shortwave was clearly designed on the basis of Google Inbox, its interface demonstrates it. The application allows you to manage your Gmail mailbox with many additional features. 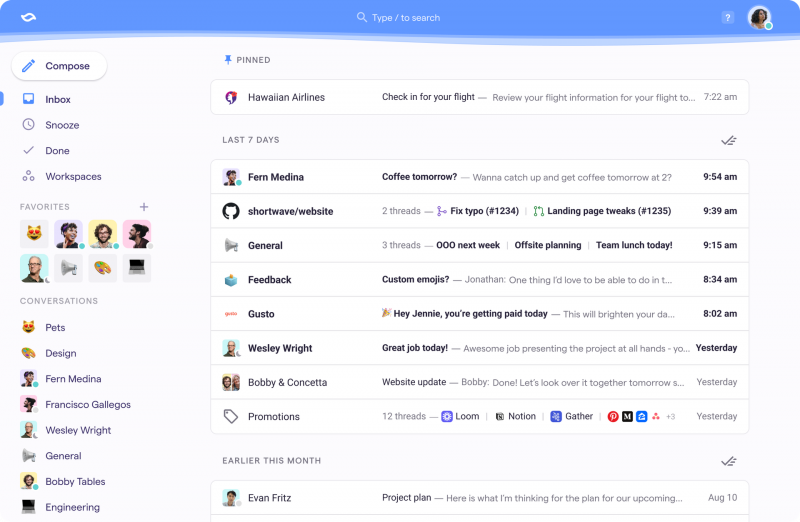 The new messaging takes into account the contacts you communicate with the most as well as the context, in order to automatically organize the e-mails of the inbox of your Gmail address. The service only works for Gmail mailboxes at the moment. Shortwave will also take care of listing your conversations in different categories itself.

You can pin the most important messages to the top of your inbox, schedule reminders, or indicate that certain messages have been processed.

Thanks to its collaborative tools, Shortwave offers the possibility of creating discussion channels, as for other instant messengers, in which you can communicate in writing and mention the members of the channel.

In its free version, the application allows you to search for messages up to 90 days ago and the collaborative functions are limited to 10 participants and five channels. To be able to use all the features of the application, the price will be nine dollars per month.

Available since February 15, Shortwave can be downloaded from its official website for Windows, macOS and Linux. A beta version is also available for iOS as well as Android.