While a resurgence of Covid-19 has been observed in Singapore in recent weeks, a new, more contagious variant, called XBB, was discovered there last month before quickly becoming the majority. As it expands, it suggests an imminent arrival in Europe. Here’s what we know.

A new variant of the coronavirus and questions. Discovered in Singapore and becoming the majority in the country last month, the XBB variant has since appeared in Australia. It is spreading rapidly and, according to some experts, may arrive in Europe in the coming weeks.

A variant from Omicron

The new XBB variant has a specificity: it has five mutations that allow it to “circumvent acquired immunity more”, according to Antoine Flahault, epidemiologist doctor questioned by La Dépêche du Midi.

“Derived from a combination of two subgenera of Omicron”, the variant has a double effect: that of being more contagious and of coexisting with other strains of SARS-CoV-2 to further reduce the number of infected.

According to the first studies regarding XBB, the current vaccination would be effective in protecting against severe forms of this new variant, despite high infectivity.

“Cell-mediated immunity – the one that allows our body to fight severe forms of Covid – is, as far as we know, not bypassed by these new variants. Vaccines, mono- and bivalent, should therefore continue to protect us effectively against the risk of hospitalization and death in connection with Covid”, concluded the director of the Institute of Global Health at the Faculty of Medicine in Geneva in the regional daily. 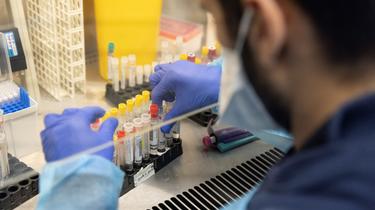 To curb the resurgence of the epidemic, Singapore has decided from this Friday to administer the bivalent vaccine designed by Moderna and Spikevax, specifically targeting Omicron, to certain categories of people, such as those aged 50 and above.