As Nathan Safir completed his Masters in Artificial Intelligence at the University of Georgia, he had a big decision to make: Did he want to accept the Marshall Fellowship to pursue a PhD? in IT in England or accept an offer to start working at Google this summer?

Safir, a member of the Foundation, applied his problem-solving brain to the decision. 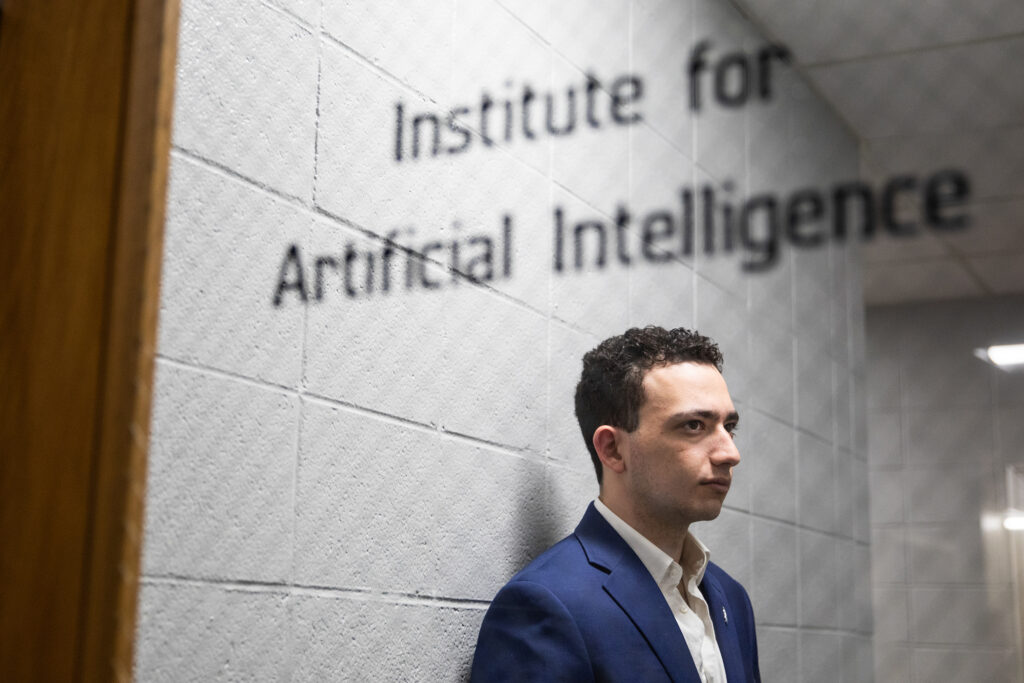 Safir at the Artificial Intelligence Institute at the Boyd Research and Education Center. (Photo by Chamberlain Smith/UGA)

Google was the winner. For now. Safir hopes to obtain her doctorate. in artificial intelligence in the future.

However he gets there, the end goal is the same: he wants to work in artificial intelligence. “Whether it’s working on an exciting new application, existing AI methods, or doing research, I would really love to work somewhere in this space,” Safir said.

This flexibility will serve Safir well at Google, as he does not yet know what he will be doing at the company when he arrives in California in August. “They will start the team match closer to my start date,” Safir said. “All I know is I’ll be in the Bay Area and maybe working on the Google Ads team.”

During a Google internship in the summer of 2021, he worked with the Cloud AI team.

UGA helped him find his passion for AI in several ways. One was a tough math class his freshman year in college. “I was a super-enthusiastic freshman, so I took Math 3500. It’s known to be really hard, and it was. I was glad I took it, but realized I was less interested in rigorous, evidence-based math. 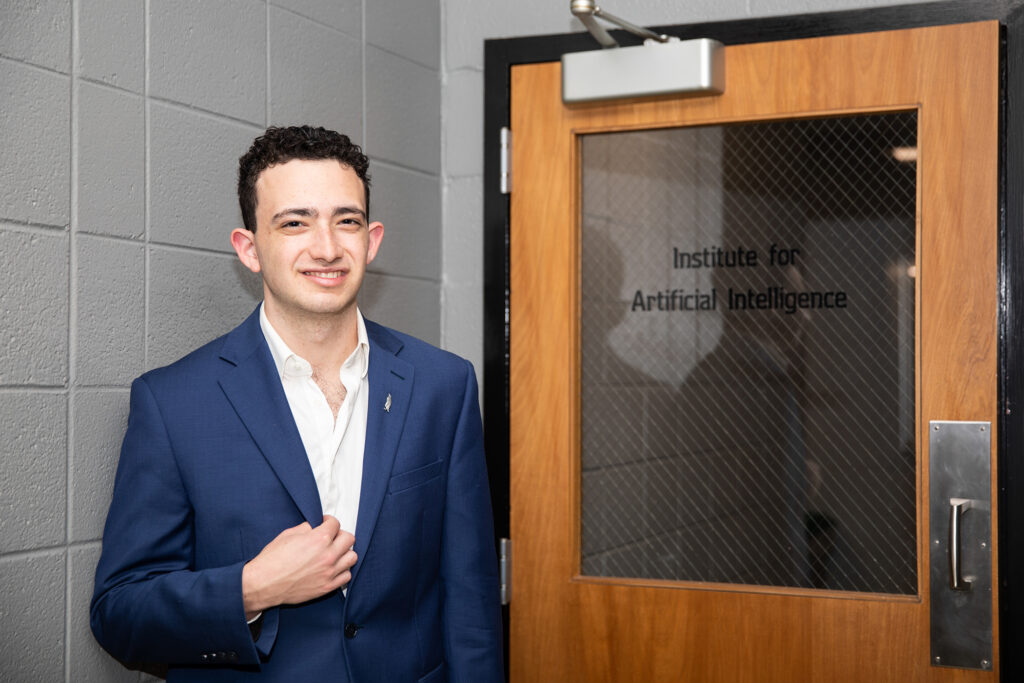 Nathan Safir outside the Artificial Intelligence Institute at the Boyd Research and Education Center. (Photo by Chamberlain Smith/UGA)

He decided to choose machine learning instead. “It presented an interesting way of using mathematical thinking and being able to think creatively.”

Also helpful in guiding his path was the UGA Foundation Scholarship, a merit-based scholarship based at the Jere W. Morehead Honors College that is awarded to between 20 and 25 high school seniors out of 1,200 applicants. That’s why Safir, who grew up in Kansas City, Missouri, ultimately chose UGA from his list of 13 potential schools.

He said he most enjoyed the travel opportunities, although they were a bit truncated during the COVID years, and the people he met along the way. “The network of people you can talk to about careers or cool places you could work – that kind of thing was really helpful for me trying to imagine what I wanted to do in the future.” Safir said he interacted daily with Fellowship staff, peers and friends.

Safir’s Gateway to Programming was a documentary he saw in college about Mark Zuckerberg. “He said he learned C++ from a book when he was about my age, so I borrowed the same C++ book from the library. I don’t think I understood as quickly as him, but that was the beginning of my learning to program.

“I have been interested in mathematics and quantitative problem solving since I was very young. Programming was just an extension of that logical problem solving,” he said.

Safir is a down-to-earth, level-headed person who can go from playing local hockey games on Mondays, coaching Athens Youth Hockey and working on his tennis game, to solving high-level problems. But he’s happiest when he has a tough question to answer.

“My thesis works on a theoretical problem of how to extend an architecture called variational autoencoders to work with labeled and unlabeled data,” he said. “My lab, led by Dr. Quinn from the CS department, is at the intersection of biomedical imaging and artificial intelligence. It is a theoretical problem inspired by a real world problem. It’s a particularly open area – I feel like there are a million different things you can work on. I’m just happy to be part of it. »

Without money but with dog and cat, Erwan travels France by bike