Twenty-nine non-governmental organizations (NGOs) have joined forces to bring the voice of animals by choosing 22 measures for presidential candidates to commit to advancing the animal cause.

Less than thirty days from the first round, these proposals are supported by the “2022 Animal Engagement” campaign with six themes: animals and society, livestock transport and slaughter, animal experimentation, captivity and entertainment, pets and leisure animals, wild animals and biodiversity.

According to an Ifop poll carried out in February at the request of the Bardot Foundation, 86% of French people would like candidates to make proposals to improve animal conditions.

This study also highlighted the fact that 57% of respondents said that these proposals could influence their vote.

On the theme “Breeding, slaughter and transport”, Agathe Gignoux of the NGO CIWF welcomed the fact that “left-wing candidates are committed to 100% of the measures” recalling that in France one billion animals are slaughtered every year.

She deplores, on the other hand, that on this subject Nicolas Dupont-Aignan and Marine Le Pen “commit much less”, the latter “positioning herself only on slaughter without stunning”.

No reaction from Eric Zemmour

While several left-wing and right-wing candidates have taken animal welfare seriously, others offer nothing on the subject. This is particularly the case of Eric Zemmour. 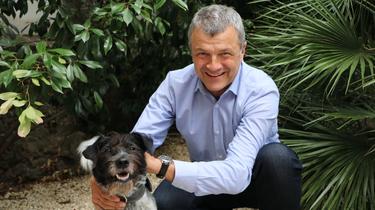 During the conference held by “Engagement Animaux 2022”, Melvin Josse, of the association “Political Convergence Animals”, regretted the fact that the candidate of “Reconquête” “does not in any way seek to express himself on the animal condition. and assumes an opposition to the animal condition on many subjects”.