She has just announced to the members of the Chamber of damage insurance (ChAD) her departure from her position as Chief Executive Officer, which will take effect on April 15. His letter, received by the Insurance Portalwas made public on Tuesday 15 March.

“For more than three years, I have worked to forge ties with the industry, to anchor collaboration at all levels and to solidify the foundations of the organization to make it the ChAD of all certified, together to ensure the protection of the public. Now is the time to pass the torch to define the ChAD of the future,” writes Ms. Poitras.

The leader, who says she has a sense of accomplishment, says the Chamber is on track to complete its objectives related to the 2020-2023 strategic plan.

“I am very proud of what we have accomplished and honored to have guided the organization in its desire to be the benchmark for professional practice as well as a value-added, innovative and synergistic partner,” she said. .

She said she believes that the Board of Trade is well positioned to pursue the next steps in its evolution with greater agility.

Ms. Poitras recalls that her family has been closely associated with the damage insurance industry since 1955 and that she has devoted a large part of her career to it. “I worked there for more than ten years both for an insurer and as a broker and owner of a practice,” she says.

She recalls having also worked at theFinancial Markets Authority for seven years as Head of Financial Products and Services in her role as Superintendent of Customer Care and Claims.

“For the next few years of my active life, I want to dedicate my time and energy to personal projects and to my family. I would also like to continue to contribute to the development and success of organizations in many ways and to get involved in causes that are close to my heart,” adds Anne-Marie Poitras.

She thanks all of the Chamber’s employees “for the confidence they have shown in me and their collaboration and commitment to the mission” of the self-regulatory organization. “I confirm that a smooth transition will take place in the coming weeks and that other details will follow in the coming days in this regard,” she concludes. 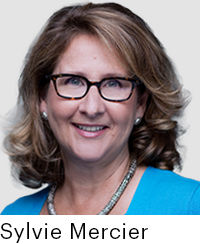 In the House, the spokesperson Lisane Blanchard confirm to Insurance Portal that the staff of the organization was informed on Monday, March 14 of the decision of Ms. Poitras, who was then accompanied by the president of the board, Sylvie Mercier.

The Board of Directors intends to inform its team shortly of the name of the person who will assume the interim and the steps that will follow, adds Ms. Blanchard. The Board of Directors of the Chamber is already busy with the process of recruiting the person who will replace Marie-Josee Belhumeur, the current trustee who will be retiring this spring. Members will be notified by press release.