The Internet Archive is arguably one of the most useful – and oldest – sites on the web. Its tool, The Wayback Machine, has been taking snapshots of the web at very short intervals for several decades. Just go to the tool to realize it: you can surf with disconcerting ease on a more or less functional version of the Internet several decades back.

Of course, not everything works 100%. For example, sites like MySpace, Facebook or Twitter are social networks, and lack real servers that are still active behind them – which prohibits, for example, creating a profile or connecting to your account. Only static pages are listed, but that’s already quite a bit of content. In all, more than 659 billion pages are kept by the tool at the time of this writing.

Last detail: the Flash Player plugin required by some sites is no longer supported by modern internet browsers, which can break the display of certain pages. Above, we show you the home pages of three of the biggest websites when they were launched – as you will see, the current web often has little to do with the beginnings of the internet… except on Google.com? 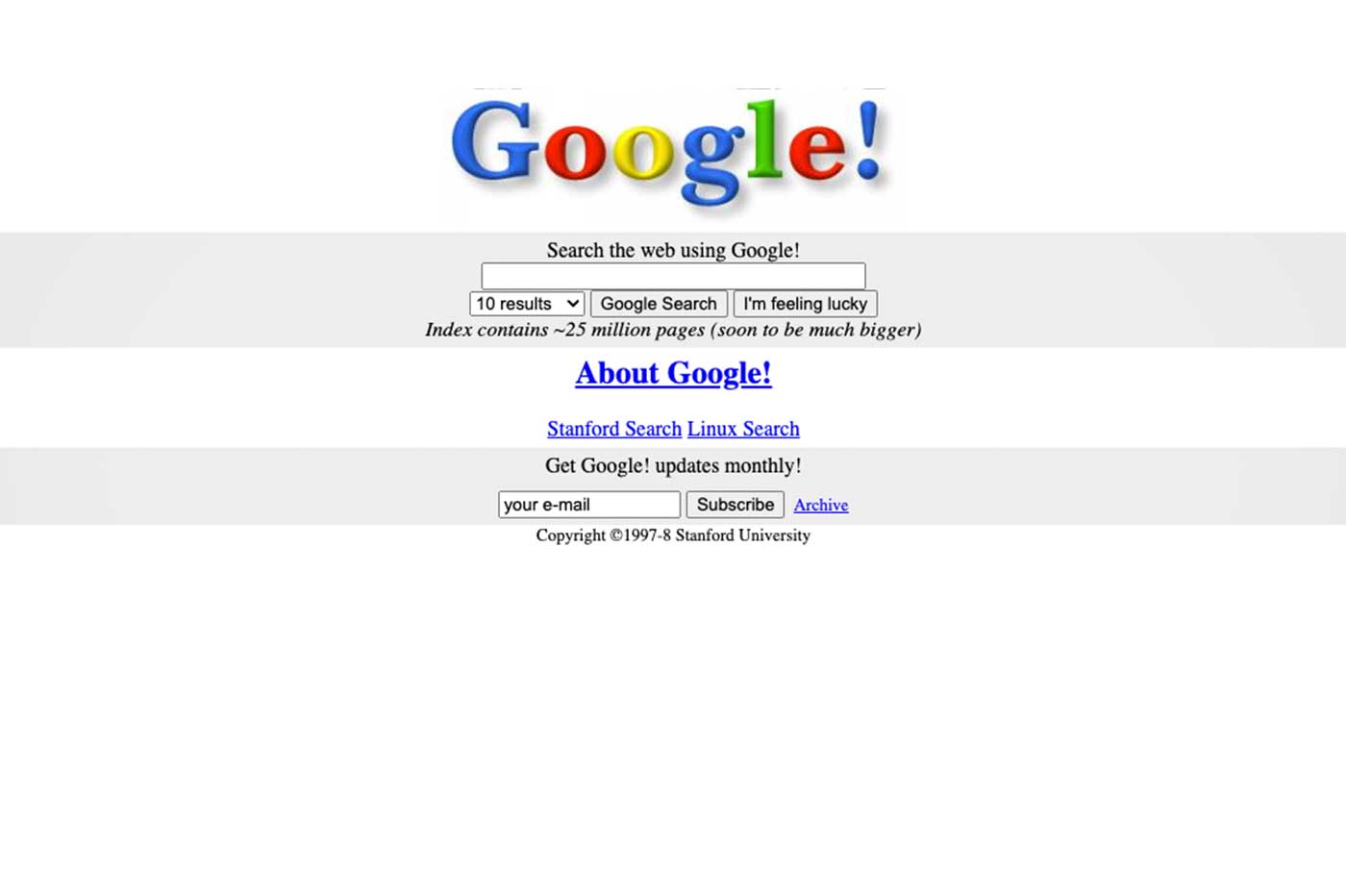 From the outset, Google opted for a simple and uncluttered interface – and it is undoubtedly one of the rare sites launched in the late 1990s to not only embrace this aesthetic, but as a bonus to have rendered its page home even more stripped down and simple in the following years. We note that at the very beginning, Google (like its competitors for that matter) displayed the number of pages listed in its directory. A counter removed a few years later as Google began its meteoric rise. 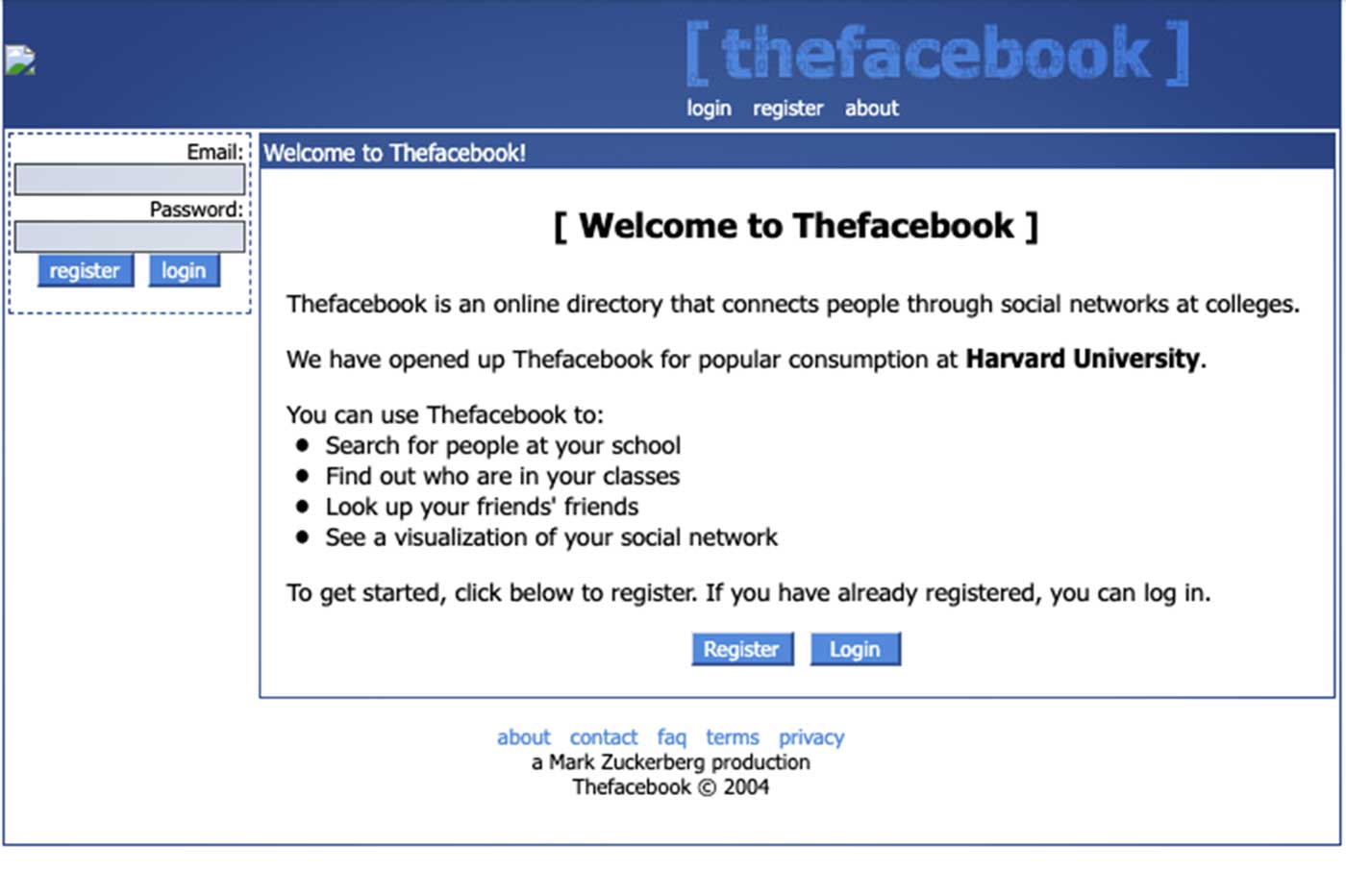 Facebook wasn’t always called “Facebook”. In fact, the very first version of the social network listed by The Internet Archive in 2004 does not appear when you search for “Facebook.com” but “TheFacebook.com”. It was Mark Zuckerberg’s friend Sean Parker who had the idea of ​​removing the “The” in front of the name. Some will say, however, that the real first version of Facebook was not even called Facebook, but Facemash. Since the very first prototype of what would become the social network (then a simple site that presented images taken from the Harvard database) was called that. Facemash is also listed by The Wayback Machine. 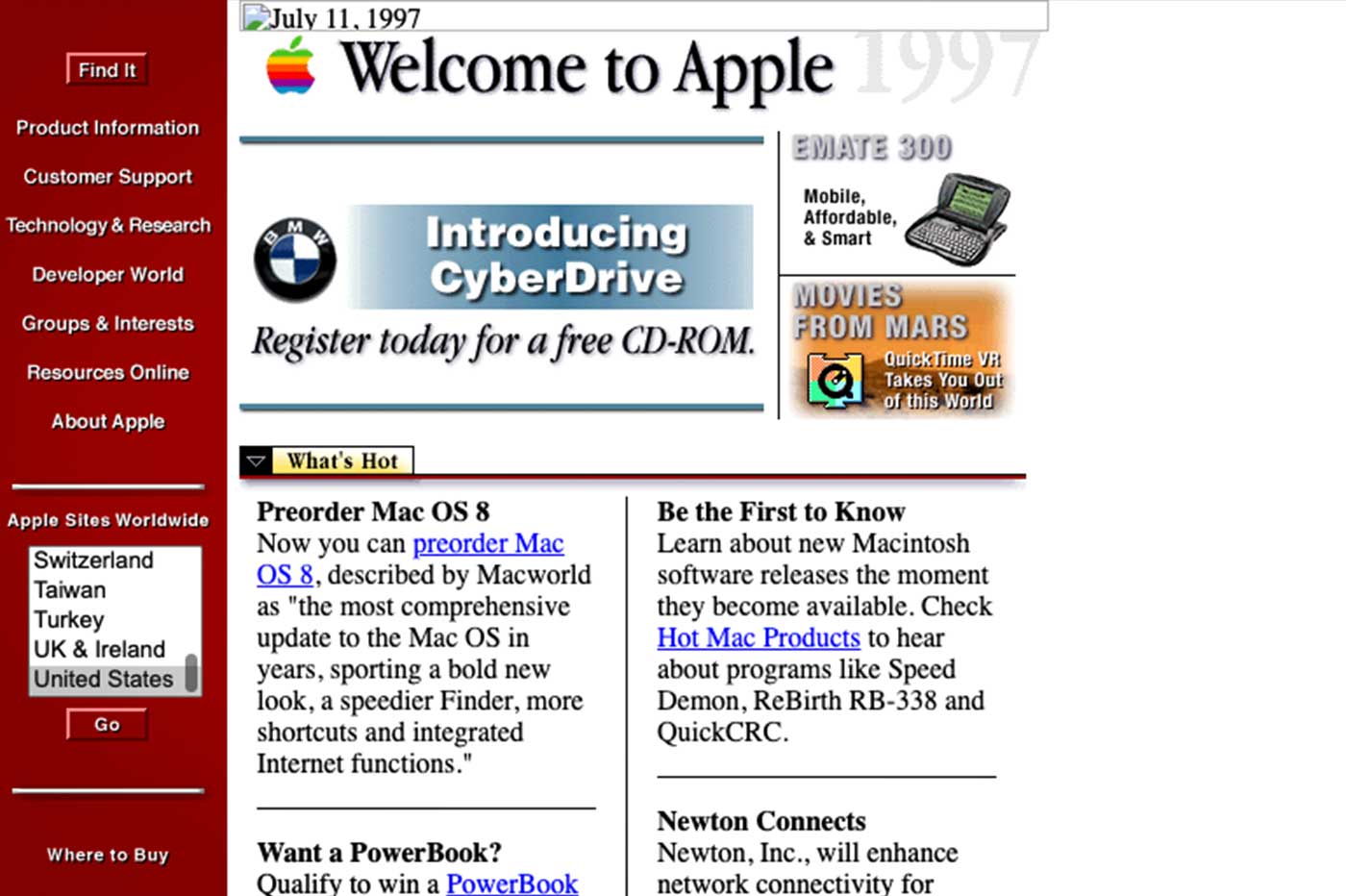 We are in July 1997, Steve Jobs has just been appointed CEO of Apple, and while he reorganizes the company in depth from the first days, the website remains for a time on the same design as that which had been launched a few months earlier under the previous management. A burgundy red column, a jumble of content arranged like in a newspaper… the following year, Apple will adopt a new website which sticks more, broadly, with the current site.

MySpace, RadioblogClub, and many other retro internet sites await you in The Internet Archive’s database.