The US Department of Justice and 14 attorneys general have asked the judge presiding in the antitrust case against Google to sanction the company for training employees to conceal business documents so they would not be revealed by legal disputes, according to documents filed on Monday. The Department of Justice writes in its documents that Google teaches its employees to seek the advice of a lawyer on sensitive commercial communications, which helps protect documents from disclosure in legal situations. Once the attorney is involved, the company can treat the documents as protected by the attorney-client privilege. 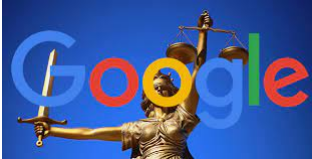 According to new claims from the US Department of Justice, Google employees have improperly used professional secrecy to conceal documents in litigation and government investigations. “Google has given explicit and repeated instructions to its employees to shield important commercial communications by using bogus requests for legal advice,” DOJ attorneys wrote.

According to court filings, Google taught its employees to affix an attorney-client privilege label and a generic “request” legal advice label to all sensitive commercial communications that Google wanted to protect from disclosure. Affixing these labels to communications prevents them from being disclosed in the context of litigation. This practice would have been used at all levels of Google’s hierarchy. Justice Department says Sundar Pichai, CEO of Alphabet, Google’s parent company, copied Kent Walker, Google’s chief legal officer, in an email to YouTube CEO Susan Wojcicki on how to respond to a request of the press, with the mention “Attorney Client Privileged” at the top of the page.

In these camouflaged communications, the attorney is said to have been frequently silent, which the DOJ says underscores that these communications were not genuine requests for legal advice but rather an effort to hide potential evidence. Google’s strategy worked. “Google’s outside legal counsel have often accepted Google employees’ artificial claims of privilege at face value,” the attorneys for the Department of Justice wrote in their motion.

According to the Department of Justice, tens of thousands of documents were initially withheld or redacted on the basis of attorney-client privilege. Some of those documents have since been deprived by Google’s outside counsel, but only after multiple challenges to claims of privilege, attorneys for the Justice Department wrote. The deprivation of these documents, however, does not remedy the alleged fault contained in Google’s efforts to conceal the relevant communications, says the Minister of Justice.

The “Communicate with Care” program

The Attorney General said in his petition that Google’s “Communicate-with-Care” program masks communications that are relevant to government claims: In 2016, Google instructed its employees to create artificial indicia of privilege to all written communications related to Revenue Sharing Agreements and Mobile Application Distribution Agreements (MADA), Exclusion Agreements at the heart of this action. Google reiterated those instructions after the Justice Department issued its first request for a civil inquiry in the investigation leading up to this case. The Court should therefore sanction Google for its willful and misleading use of attorney-client privilege and order the company to produce, without redacting, all emails between non-attorneys where in-house attorneys have not bothered to respond. , indicating that any request for legal advice was most likely a pretext.

The 2016 formation came after the European Commission opened a formal investigation into Google’s search distribution practices on Android, the DOJ said. Google issued similar instructions after the DOJ began investigating, and the strategy worked. Google’s outside attorneys have often accepted artificial privilege claims from Google employees at face value. After extensive efforts by plaintiffs to uncover and challenge the erroneous privilege claims, Google’s outside legal counsel ended up depriving tens of thousands of documents originally withheld or redacted on the basis of privilege, the DOJ said.

Google spokesperson Julie Tarallo McAlister said: Our teams have worked diligently for years to respond to inquiries and disputes, and suggestions to the contrary are completely false. Like other US companies, we educate our employees about legal privilege and when to seek legal advice. And we produced more than four million documents to the DOJ in this case alone – including many documents that employees considered potentially privileged.

In light of these revelations, the Department of Justice asked the judge presiding in the case, Judge Amit Mehta of the United States District Court, to sanction Google for disclosing all documents and emails exchanged between non -lawyers and to which the in-house lawyers did not respond. It’s been a year and a half since the search monopoly lawsuit was filed against Google. In this case, the Minister of Justice and 11 states accuse the company of illegally maintaining a monopoly on the online search and advertising markets.

What is your opinion on the subject?

Google responds to DOJ, which accuses it of illegally protecting its monopoly, by describing its lawsuit as deeply flawed that will do nothing to help consumers

US states files updated antitrust lawsuit against Alphabet’s Google, accusing it of using coercive tactics and violating antitrust laws to boost its business

The US Department of Justice is preparing an antitrust lawsuit against Google, over its advertising activities

USA: Parliamentary antitrust report proposes dismantling of GAFA, while new information on the acquisition of Instagram by Facebook delays the submission of the report