Google’s Workspace office and collaborative suite is enriched with several features. Via Smart Canvas, the firm pushes a little more automation of certain tasks. At the same time, it has just closed Currents, the corporate social network.

Collaboration and productivity tools are not static elements and publishers are teeming with ideas to improve, optimize and facilitate the user experience. In this context, Google has just added additional features to Workspace (formerly G Suite) such as document summary automation and the ability to integrate Google Maps. These changes build on the Smart Canvas concept introduced last year, which promises to modernize the app suite by connecting the various tools into a shared, all-in-one workspace.

Among the first features announced last year were “smart chips” with which users can, for example, link information between documents using the “@” symbol. This week, Google announced a chip for Google Maps, which is used to more easily embed a map preview in a Docs document. The chip generates a thumbnail where you can see a quick overview of location information, as well as a link to access Maps in a sidebar. At this time, the publisher has not indicated when this feature will generally be available.

Also new are Google Docs summaries, which provide an automatically generated textual overview of the main points covered in a document. The summary is created by an AI algorithm, but you can always edit the text manually afterwards. This summary capability is available now for Workspace users. As for the email draft templates, which are expected to be generally available in “the coming weeks”, they allow you to export via a button content already written in a draft message from Gmail with relevant fields pre-filled.

Two previously announced features are also coming to Workspace. One is the “pageless format” function in Docs, available now, which removes the limits of a document page. The other formula corrections feature in Sheets spreadsheets is coming soon, as Google has clarified. 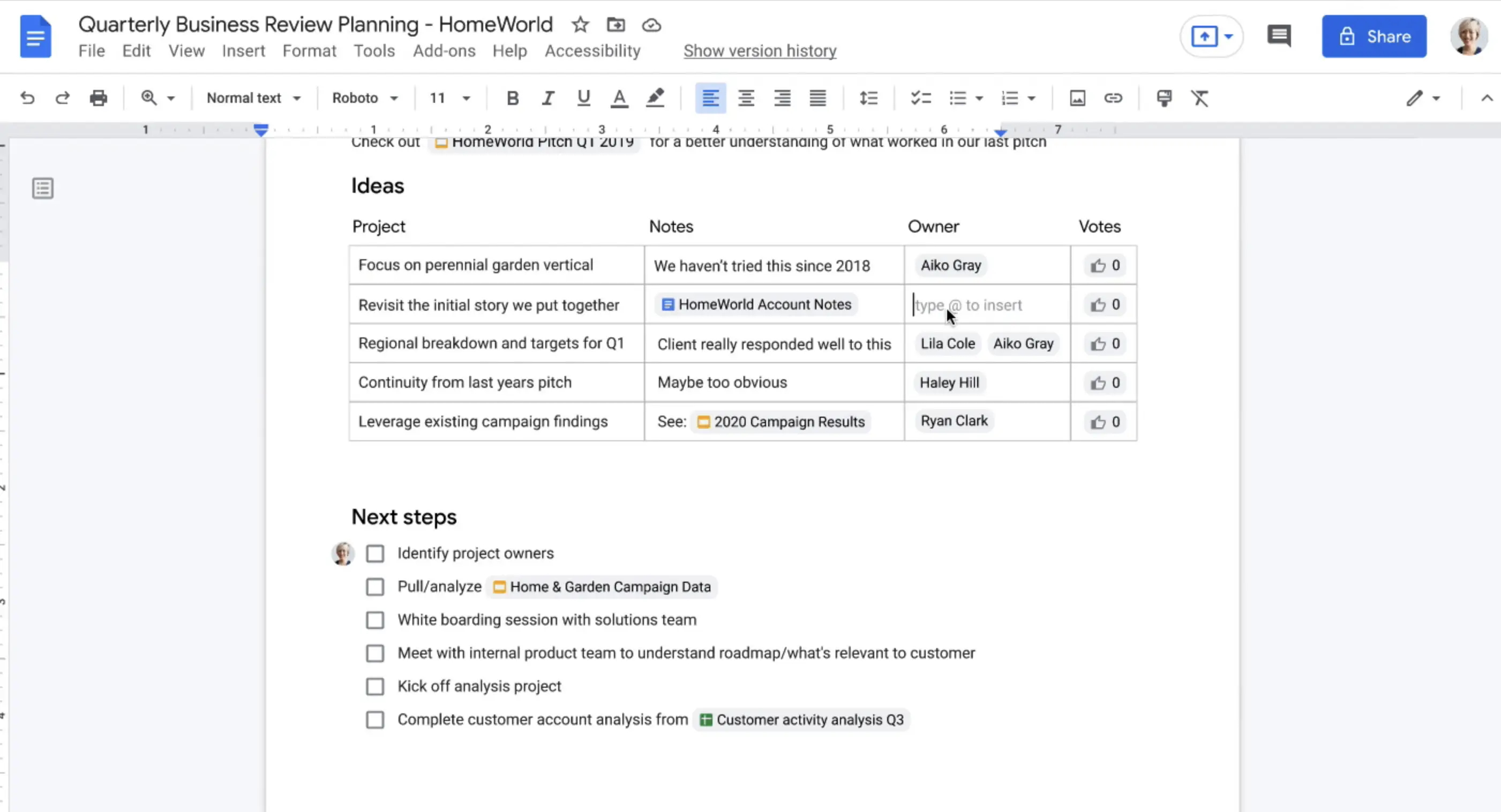 “The Workspace redesign had become necessary, not only for Google, but also for the document, which has not had a major update for several years,” said Raúl Castañón, principal analyst at 451 Research. According to him, with these Smart Canvas updates, Google is closing the gap with Microsoft and emerging competitors like Coda and Notion that have taken other approaches to document creation.

“The changes to Workspace reflect the new way of collaborating that is happening in the workplace,” said Angela Ashenden, principal analyst at CCS Insight. “It’s no longer just formal, traditional word-processing documents, but content takes all kinds of forms and is used in so many different ways,” she added. “There is also a blurring of boundaries between different apps in Google Workspace, which leverages the capabilities of each app to support real-world employee workflows, rather than simply sticking to traditional technology categories and leaving users to fend for themselves. to integrate their work between these apps.

Another change to come for Workspace, the recent announcement by Google, of the migration, at the beginning of 2023, of the accounts of users of its Currents enterprise social network, to Spaces. (Launched in 2019, Currents billed itself as a professional, more consumer-oriented version of Google+). Unveiled last summer, Spaces will take over from Workspace’s Chat Rooms to become “a central space for topical discussions, sharing knowledge and ideas, advancing projects, and building communities and team culture.” , said Google. Before beginning the account migration, Google will first remove features that users “most rarely see” from Currents, including follower and follower counts, message analytics, and mobile notifications.

For Angela Ashenden, “the decision to replace Currents is not surprising”, especially given Google’s new product strategy for Workspace, and its choice to make Spaces the main center of gravity for product innovation. . “Currents…never really found its footing in the enterprise market, and while a small number of customers still relied on it to support online communities, it didn’t really fit into the broader strategy of collaboration and productivity from Google,” she said. “Nevertheless, it will be interesting to see how Google integrates Currents capabilities around online communities and top-down communication into Spaces, with channel-based collaboration typically better suited to day-to-day teamwork than building relationships and of networks”.

According to Castañón, it makes sense for Google to streamline its portfolio to improve the overall user experience. Currents and its predecessor, Google+, emerged in the context of the enterprise social network, which has since largely fallen into disuse, especially as many features have migrated to other applications. “Spaces better reflects the current dynamics of the workplace, with a virtual environment that enables real-time, asynchronous engagement, as opposed to the one-way, top-down communications that are the primary positioning of enterprise social networks,” said Ms. Castañón.