This 19-year-old American would never have imagined that he was putting his life in danger by eating leftover food brought back from a restaurant. However, a few hours after his meal, he showed very serious symptoms which led to the amputation of his two legs and his fingers.

According to a report published in the New England Journal of Medicine, these leftover food, including rice, chicken and fried noodles, had not been stored properly. However, some products, such as rice and pasta, contain a bacterium called Bacillus cereus. When cooked and left at room temperature for too long, it multiplies and releases dangerous toxins.

A severe form of sepsis

In this case, this young man was suffering from a severe form of sepsis, purpura fulminans, when he was admitted to hospital. He presented with several failing organs as well as skin that had turned purplish and complained of severe abdominal pain. His breathing was abnormal and he suffered from vomiting and high blood pressure.

According to the US Centers for Disease Control and Prevention (CDC), purpura fulminans, a meningococcal infection, can “lead to death within hours.” This student from Massachusetts did not suffer such a fate but, during his stay in the hospital, he developed necrosis which forced the doctors to amputate his legs and fingers. His condition was so worrying that he was placed on a pacemaker for 13 days.

According to the report, he had been vaccinated against meningococcal infections but had never received the recommended booster dose. Her roommate, who ate the same leftover food, suffered from vomiting but did not show such serious symptoms. 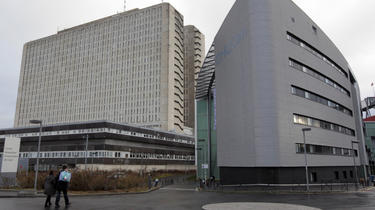 This is not the first time that American experts have warned the general public about poorly preserved foods. According to the Journal of clinical microbiology, a teenager died in his sleep in 2019 right after eating leftover pasta that hadn’t been refrigerated.

Unusual - Geneva: thieves mow the mane of a horse