A disorder of the digestive tract, irritable bowel syndrome (IBS) is characterized by abdominal pain and transit problems. Many people suffer from it.

To alleviate the symptoms of irritable bowel syndrome, which affects at least 5% of the French population, it is important to be aware of what you put on your plate. Here are the foods you should avoid.

When you suffer from irritable bowel syndrome, also called functional colopathy, it is recommended to limit foods with a high fat content, such as pizzas or french fries, because they stimulate the intestinal gastro-colic reflex.

It is also necessary to reduce the intake of insoluble fibre, i.e. which does not dissolve in water and can promote emptying of the stomach and diarrhoea. It is mainly found in wheat bran and whole wheat. Also avoid multigrain bread.

Red, white, flower, Brussels… Cabbage, like all cruciferous vegetables, are not allies in case of IBS. And with good reason, they increase the production of intestinal gas and thus tend to cause bloating and other discomfort.

Coffee can have a laxative effect and irritate the intestines. Therefore, it is not recommended to abuse it. In the section on irritating drinks, be aware that alcohol and citrus juice can also cause disturbances in the intestinal wall. 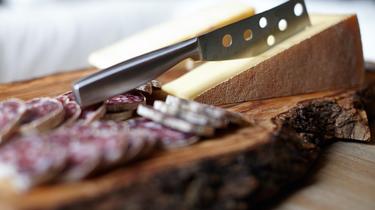 Legumes such as lentils, beans or peas are so-called fermentable foods. Once absorbed, they tend to ferment because our bodies don’t digest certain substances properly, compounding digestive problems.