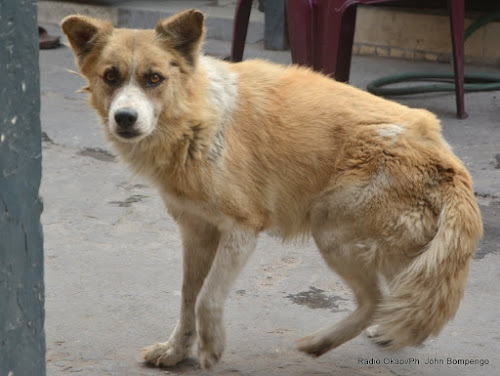 Dog meat or dog meat is increasingly consumed by some residents of Kinshasa. If this meat is part of the gastronomy of certain regions of the DRC, such as Kasai, it is only in recent years that it has entered the culinary habits of some Kinshasa people. Some makeshift restaurants, called “Malewa” offer it in their menus, noted Wednesday, October 26, the reporter for Radio Okapi. According to dr. Philomène Katende, a veterinarian, dog meat is safe for human consumption, provided the animal is healthy and free from any kind of disease.

In a restaurant in the town of Barumbu, there is only dog ​​meat on the menu this Wednesday, noted the reporter from Radio Okapi. Based on sauce or grilled, this meat is more and more popular with customers, says the owner of this Malewa specializing in dog meat.

“I have preferred this meat since my childhood when I saw my parents bring it home. Often it is father, every time he came home from work, he brought this meat,” says a consumer found on the spot.

If this meat makes some people happy after cooking, the hygienic selection of the animal and its cut requires a lot of attention, specified Dr. Philomène Katende, veterinarian. In fact, the animal can be a carrier of rabies, a deadly disease.

“By cutting the dog’s meat, by slaughtering, by cutting the dog open, the person can be injured and by injuring himself, the dog’s blood can be in contact with his blood. During this injury, the person may come into contact with rabies. So in general you have to avoid creating small wounds when you butcher your animal so as not to provide an entry point for the virus,” said this vet.

Boiling at 15 to 25 degrees is enough to neutralize the rabies virus and any other canine disease, added Dr. Philomène Catende.