Ramadan, April 2… or the 1st, according to Google

The dates displayed by Google take into account the uncertainty specific to the Muslim calendar.

Ramadan 2022 – 1443. It was in the spring of 2017 that Google began to display the provisional dates first of the month of Ramadan, then that of eid al-adha and hajj, as well as those of Passover (Jewish Passover), Easter, Chinese New Year or Orthodox Christmas.

Lunar, the Muslim calendar is a dynamic calendar. The dates are also set after observation of the moon, on the evening of the 29th of each month. It is thus not possible to know them in advance.

This characteristic has not escaped Google, the mention “Dates likely to be modified” has thus appeared for five years under the provisional dates.

If you are in France, for the query “Ramadan 2022”, the American search engine will deliver the following result: 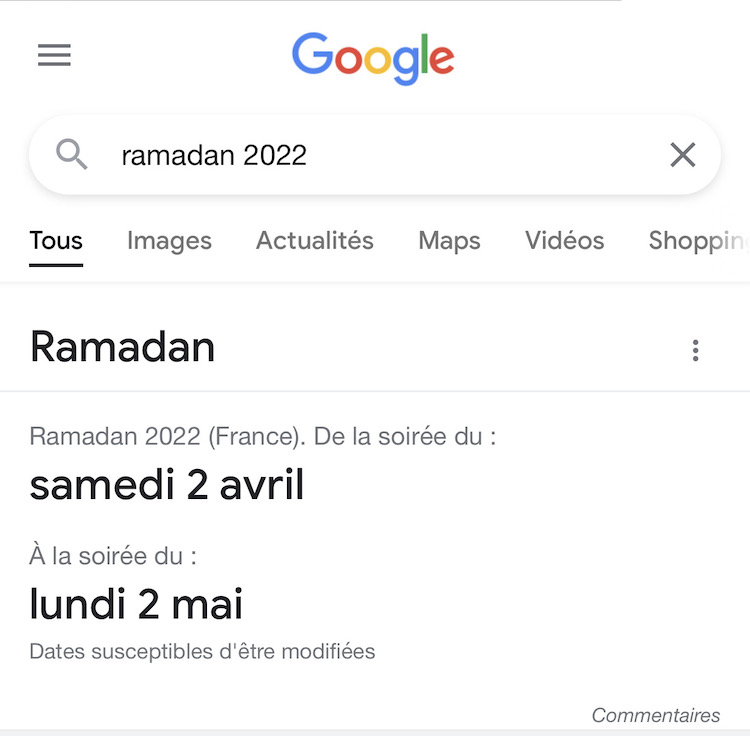 Let’s now see what it is for Internet users living elsewhere than in France, for example in Indonesia, Germany or Morocco.

As everyone will see in the screenshots below, Google predicts that Ramadan in Morocco, Ramadan in Germany, Ramadan in South Africa and Ramadan in Indonesia will begin as in France on April 2 and end on May 2. 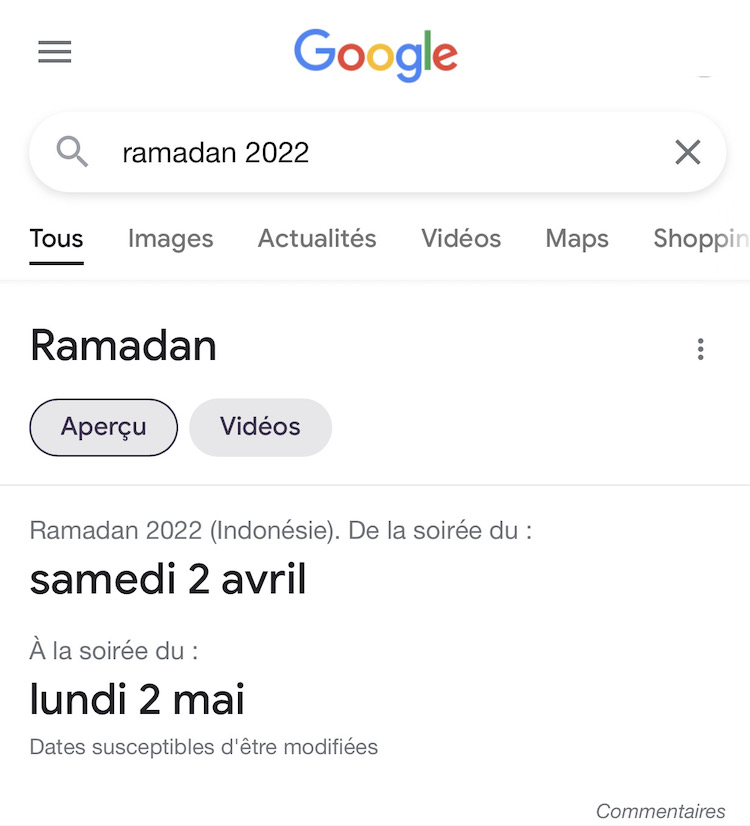 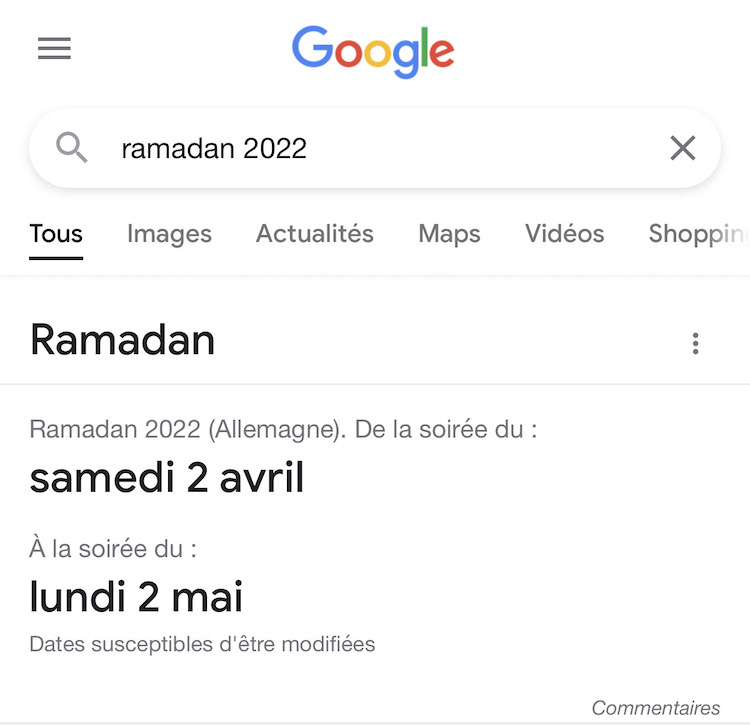 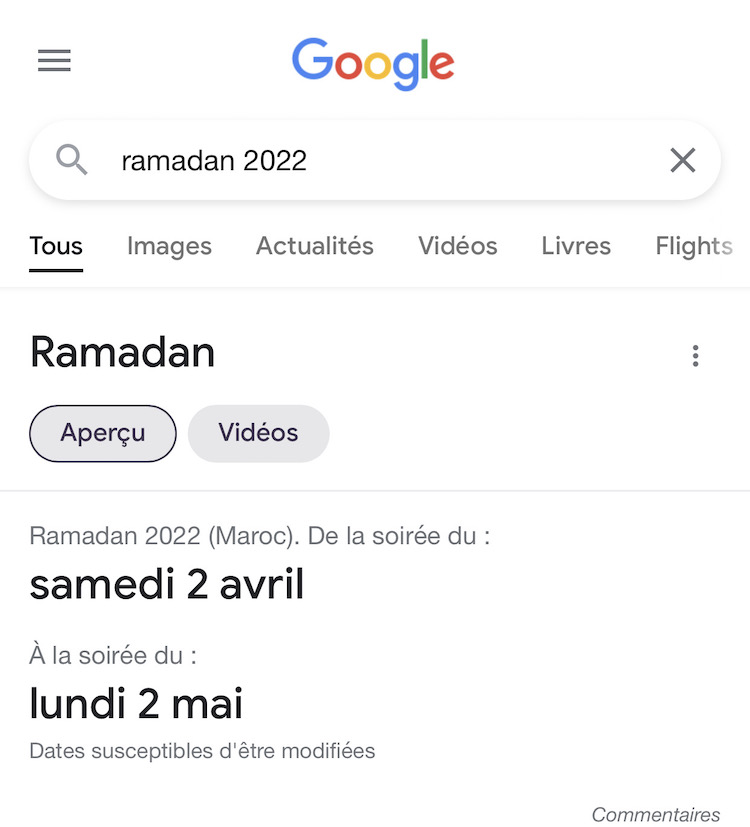 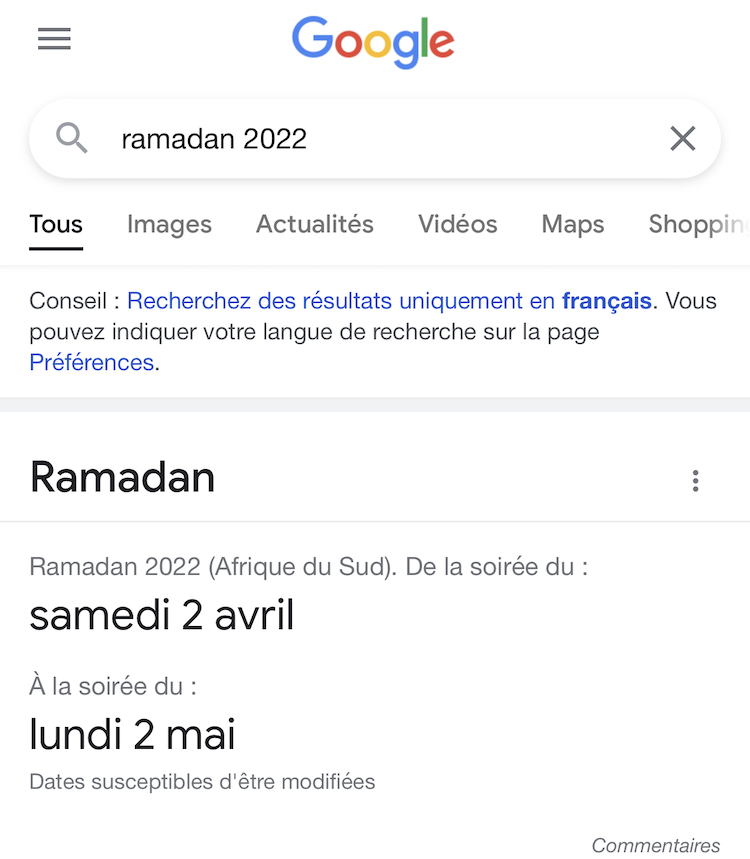 And elsewhere ? This is where Google’s predictions are interesting. In the United States, Ramadan would begin on April 1 and end on the 30 of the same month. 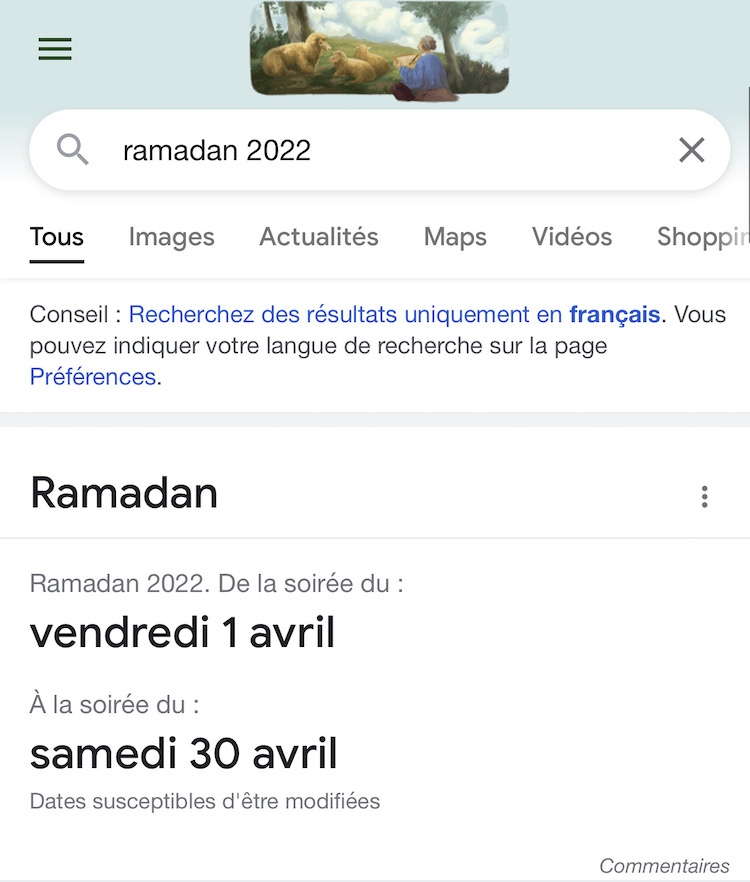 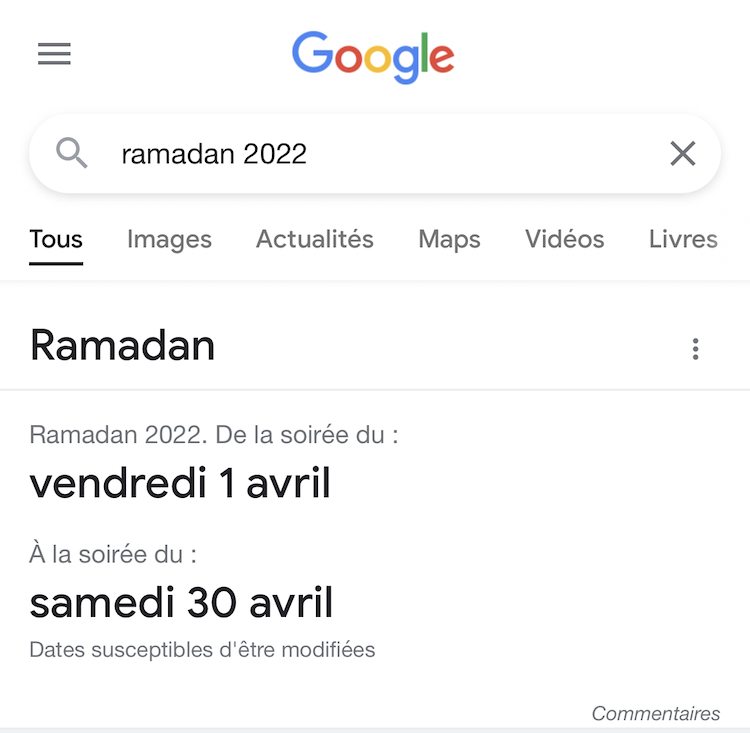 On the other hand, in Australia, still according to Google’s forecasts, Ramadan will indeed begin on April 2, but will not end on Monday May 2, but on Sunday May 1. 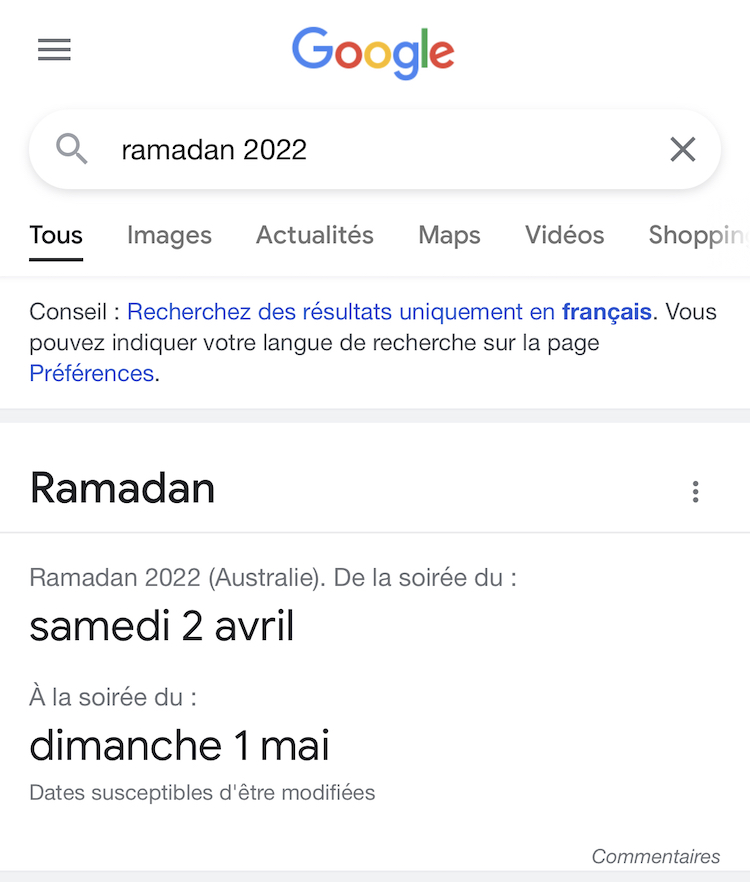 What does that mean? Should we take seriously Google, which is not and will never be a religious reference, of course?

This uncertainty is related to:
– on the one hand to the very nature of the astronomical calculations which can, depending on the algorithm chosen, give different results for the same region
– on the other hand, the visibility of the moon, a fundamental criterion, which is not the same everywhere on the planet. However, we can never repeat it enough, what makes fasting obligatory is the actual observation of the lunar crescent or the fulfillment of the previous month Ramadan if the moon has not been seen.

In the endit appears that Google is much less peremptory than the proponents of this scientism who wish to impose on Muslims the abandonment of a canonical obligation in favor of the sacrosanct astronomical calculation, itself however per se uncertain.

The dates displayed do take into account the uncertainty specific to the Muslim calendar.