Between July 2016 and December 31, “7.18 billion euros, from 10.7 million accounts and contracts” were transferred to the public establishment, which returned 550.5 million euros to beneficiaries, confirms to Family Folderthe Caisse des dépôts et consignations.

The CDC keeps the funds received for a certain period of time. You can recover them until the expiry of this period, by using the site allowing you to find the sums which are due to you, Ciclade.caissedesdepots.fr, opened in January 2017 by the CDC, in application of a law of June 13 2014 relating to inactive bank accounts and dormant life insurance contracts.

Two situations must be distinguished, depending on whether the holder, i.e. the person in whose name the account was opened, is alive or dead.

An account becomes inactive after a period of one year during which these two criteria are met:

The period during which these criteria must be met for an account to be considered inactive is extended to five years for:

An account becomes inactive if all other accounts held at the same institution are also inactive.

In the event of the death of the account holder, the latter becomes inactive at the end of a period of one year, during which no beneficiary has expressed to the holding institution a desire to assert his rights on the assets and deposits recorded therein.

In which cases can funds in an inactive account be transferred to Caisse des dépôts?

An account that has become inactive must be kept by the holding institution. But if this inactivity lasts 10 years, for a living holder, or 3 years, for a deceased holder, the establishment closes and transfers the sums to the Caisse des dépôts.

When is life insurance considered unclaimed?

For life insurance, it is also necessary to distinguish whether the subscriber is alive or not.

The contract is unclaimed if it has expired and if the capital is not required by the insured or the subscriber.

The contract is unclaimed when the insurer has knowledge of the date of death of the subscriber.

In which cases can the capital of an unclaimed life insurance policy be transferred to Caisse des dépôts?

The insurer must retain unclaimed life insurance while tracing the beneficiary(ies). In the absence of a complaint after ten years, the contract is closed, while the sums are transferred to the Caisse des dépôts.

If you are looking for a life insurance contract that belonged to a person who died less than 10 years ago, without knowing with which insurer this contract was opened, you can contact the Association for the management of information on risk in insurance (Agira ), by completing an online form (formulaireassvie.agira.asso.fr).

Are you informed of the inactivity of an account or of the non-complaint of a life insurance contract? 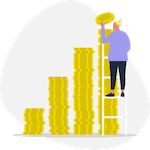 What to do if your money has been transferred to the Caisse des dépôts?

Two situations must be distinguished.

Your money was transferred to the CDC in 2016

Your money was transferred to the CDC after 2016

In the event that the transfer took place after 2016 for assets in metropolitan France or the overseas departments or after 2020 for assets in the COM, the sums are kept for:

If the account remains inactive or if the life insurance is not claimed for thirty years, the sums are definitively transferred to the State or to the COM. You no longer have any rights to this money.

You can conduct a search on the Ciclade.caissedesdepots.fr website. You must transmit various data concerning the account holder or the subscriber of the contract such as his name, his first name and his date of birth.

In the event of a match with data held by the Caisse des dépôts, you must create a space on Ciclade, within fifteen minutes of the moment when the result of your search is displayed, and make a return request. Your request must include copies of the following documents:

Optionally, you can provide information about the account or life insurance you are looking for.

The request is processed by the Caisse des dépôts. In case of validation, you will receive a transfer to your bank account.

Consult the practical guide “I organize my succession” 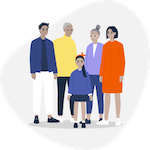 Safes are not covered by the Ciclade site. The CDC indicates that it does not receive the funds and objects that appear in these containers. And recommends people looking to get them back to contact “the institution that holds the safe you are looking for, to find out how to retrieve the content”.