These 5 places where you risk being bitten by ticks

Ticks are present throughout the year in nature, but are more active during the warm months, from April to September, between early spring and late fall. During these months, you have to be even more vigilant if you want to avoid the bite.

The transmission of Lyme disease to humans is in fact only through the bite of ticks, which live in wooded and humid areas, tall prairie grasses, gardens and forest or urban parks.

48% of people reporting a bite were bitten in the forest. It is indeed a natural shelter very frequented by many animals. It is necessary to prefer well-maintained paths as well as places and avoid tall grass.

The humidity of places such as lakes, ponds and ponds favors the multiplicity of ticks.

Tall and dense, prairie grass makes it easy for ticks to attach themselves to livestock. The soils of the fields are also teeming with small mammals (rats, mice, shrews).

Ticks are very present in parks and gardens. And for good reason, 29% of people who have been bitten say they were bitten in a green space in an urban area. 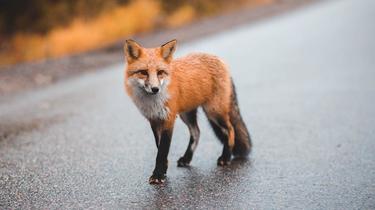 If bitten by a tick: watch the bitten area for a month. If a red, round plaque extends in a circle from the bite area, seek medical attention promptly.

In the 30 days following a bite, an erythema migrans may appear, in the form of a red, rounded plaque which extends in a circle around the bitten area and then disappears in a few weeks to a few months. The evolution is very favorable when the disease is diagnosed and treated early. A two-week course of antibiotics is recommended. In the absence of treatment, joint, neurological or skin disorders may appear.