An American study establishes for the first time a link between the risk of uterine cancer and the frequent use of hair straightening or straightening products.

Offered by many hair salons, hair straightening chemicals are not trivial. According to a study by the American Institute of Environmental Health Sciences (NIEHS) published on Monday, October 17, with frequent use they can significantly increase the risk of developing uterine cancer.

To reach this conclusion, 33,497 American women aged 35 to 74 were examined in this research. They were followed for almost eleven years, during which 378 cases of uterine cancer were diagnosed.

To put this in context: uterine cancer is relatively rare, but is on the rise. We estimated an absolute risk of about 1.6% among nonusers, but about 4% among women who used these products > 4 times per year

“We estimated that 1.64% of women who never used smoothing products would develop uterine cancer before the age of 70; but for frequent users, this risk rises to 4.05%,” explains epidemiologist Alexandra White on Twitter, lead author of this research work Note that frequent use in the study was defined as more than four uses per year.

Alexandra White points out that “uterine cancer is relatively rare” but on the rise. In the United States, it represents about 3% of all new cases of cancer, but is also the most common of the female reproductive system, with an estimated 65,950 new diagnoses in 2022.

The incidence rates are particularly troubling among black women who are accurately identified as users of straightening or straightening products, even at a young age. The NIEHS survey shows that 60% of participants who said they had used this type of cosmetics also indicated that they were part of the black American community. Knowing that the research results showed that ethnicity was not decisive in itself.

According to Alexandra White, the conclusions of this study are consistent with previous research that has shown links between these products and other cancers, particularly in the breast or ovaries. These cosmetics are particularly likely to contain chemicals known as endocrine disruptors, which interfere with hormonal function. 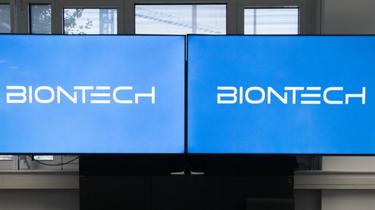 That’s why the NIEHS researchers believe that “further research is warranted to identify the specific chemicals underlying this observed association” between straighteners and uterine cancer. Suspects are already among the ingredient list: parabens, bisphenol A, metals and formaldehyde.