Facing Scotland, the XV of France will have to deal with a lack of size: Gabin Villière, very fit with the Blues in the first two games, was injured in the face during the match against Ireland. The international suffers from a fracture at the level of one of the sinuses, as he indicated in an interview with Canal +, broadcast on the Canal Rugby Club on Sunday evening.

Gabin Villière also specified his duration of unavailability, which could be a maximum of one month: “It will take me away from the field for a few weeks, three or four weeks at most. I am “lucky” to have a week off before Scotland and a week after so it allows me to have this range of three weeks to try to come back 100% to the group.”

It could therefore be that the Toulonnais can return to the group in time for the match against Wales. Unless he is rested to make sure he is fully recovered for the closing game against England.

Gabin Villière, sinus injured, is forfeited for the match of the XV of France against Scotland. The Toulonnais announced to have about 3-4 weeks of absence. The match against Scotland being surrounded by a two-week break, he could return for Wales. 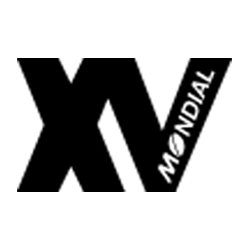